I've been watching that documentary about Anglo Saxon art on the BBC. Not saying I agree with everything the presenter said, but really enjoyable to see the art and find out a bit more about it, fill a few gaps. I was fascinated by Anglo-Saxon art at school - we had a great history teacher who was really interested in the history of art, and we were allowed to do lots of illustrations in our history work which I really enjoyed doing. I liked it better than art class to be honest. History was great until we started doing the serious 'o level' stuff.

Anyway, here's some examples of Anglo-Saxon art I found on the web to extend the visual nature of the blog. I'm particularly interested in how this art has influenced illustration of the twentieth century, notably children's book illustration such as that by Pauline Baynes and others who drew for the Puffin publishing company.

If anyone has any comments on Anglo-Saxon art and more recent illustration that has been influenced by this, or indeed on Puffin book covers or illustration, please share your thoughts! 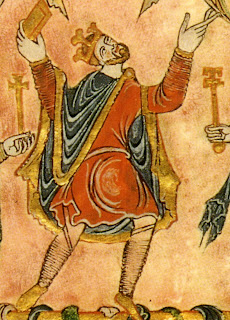 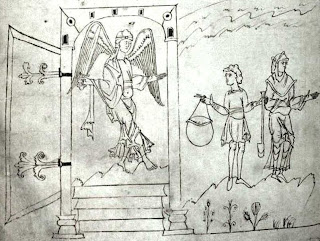 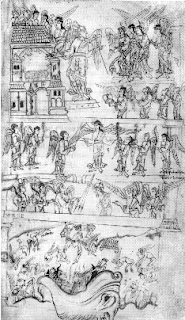 Posted by Jude Cowan Montague at 15:17